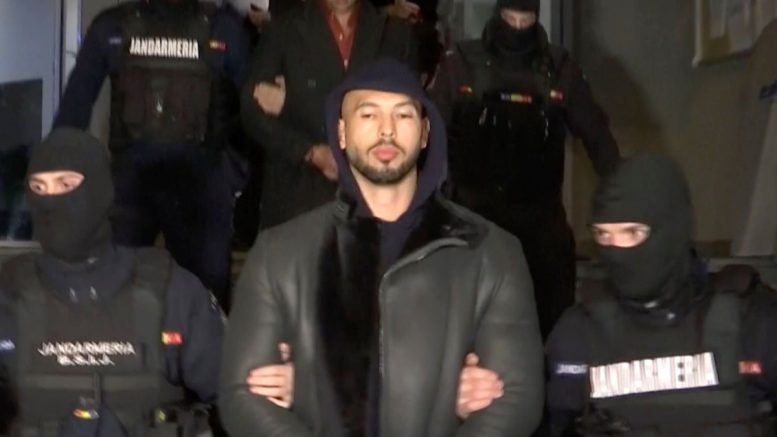 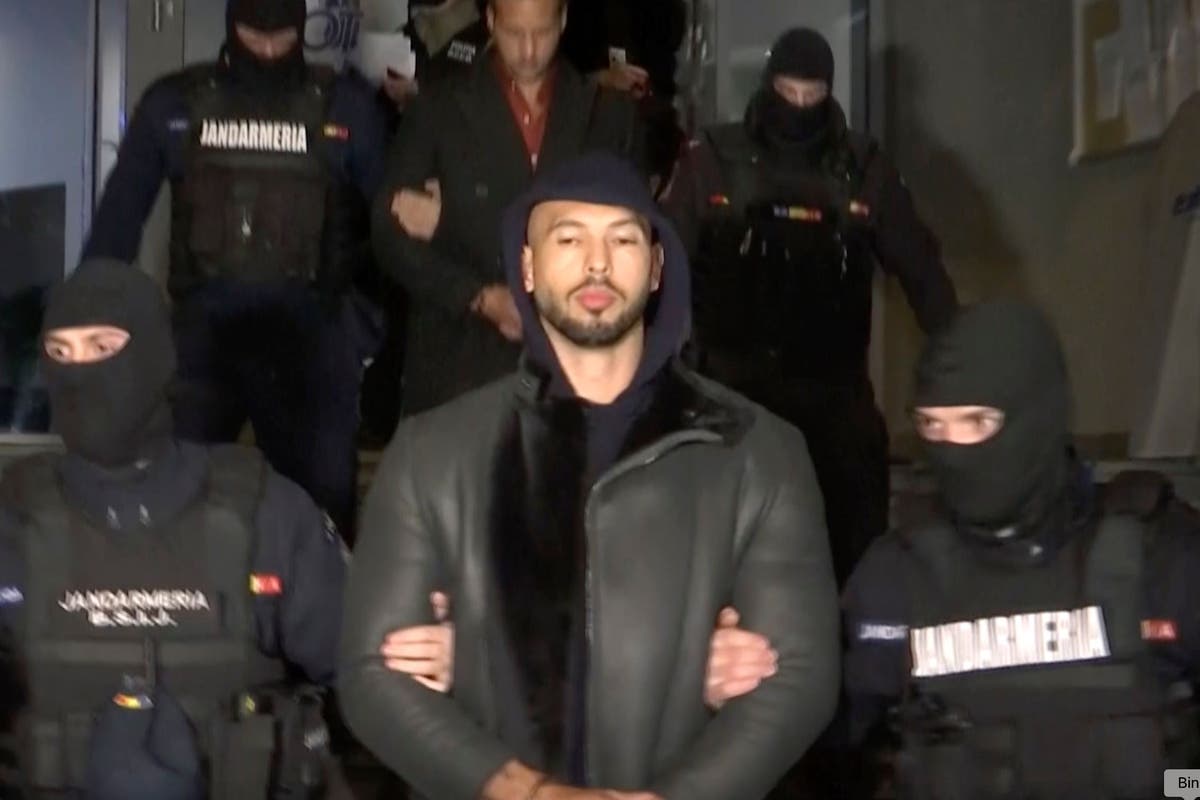 ocial media influencer Andrew Tate rose to notoriety in 2016 when he was removed from British TV show Big Brother over a video that appeared to show him hitting a woman with a belt.

He claimed in an interview with Piers Morgan this month that he was the “most googled man on earth”, but Google Trends ranked him the eighth most searched person globally in 2022.

His commentary across social media platforms has been met with controversy.

In 2017, he was banned on Twitter for saying that women should “bear responsibility” for being sexually assaulted.

Tate said last year on the Anything Goes with James English podcast: “I will state right now that I am absolutely sexist and I’m absolutely a misogynist.”

But he was reinstated to Twitter last month and has 3.7 million followers.

It was reported on Friday that Tate had been detained in Romania, where he moved five years ago, as part of a human trafficking investigation.

On his website, Tate has described himself as a multi-millionaire who grew up “broke as a joke” with his brother, Tristan, in a single-mother household.

The British-American influencer was born to chess grandmaster father Emory Tate and mother Eileen Tate, who he described in an interview with The Times in September as “largely (a) housewife”.

He told the newspaper that his parents were together but that his father was in the air force and absent for long periods of time.

Of his father, he said: “He’d come home and say, ‘Look, your mother has to do the day-to-day stuff. I’m a man. I have to make sure you’re protected’.”

I am certain I will have more children than 99.9% of the population of the western world. Double-digit children. And they all adore me. They see me as their hero and the women who have my children see me as a hero. Everybody close to me respects me

Tate first lived in Chicago, Illinois, but moved to a council estate in Luton in Bedfordshire as a child. His mother still lives in Luton.

He told The Times that he had children but declined to say how many.

“I am certain I will have more children than 99.9% of the population of the western world. Double-digit children. And they all adore me. They see me as their hero and the women who have my children see me as a hero. Everybody close to me respects me,” he said.

There are 41 “tenets” on Mr Tate’s website, the first of which is: “I believe that men have the divine imperative to become as capable, powerful, and competent as possible in this life.”

According to his site, Tate has led what is described as a “global community”, called The Real World, in which members are said to be educated and mentored to acquire wealth.

Its online description claims it is designed to “break people free from the Matrix”.

Appearing on Piers Morgan Uncensored this month, besides claiming he was the most googled man in the world, the influencer said he was “absolutely not” a misogynist.

He defended masculinity, insisting that masculine men had a “duty” to provide for and protect those they cared about.

“We have a duty to do things we don’t feel like doing because we know we’re supposed to do them and that’s why we stayed on the Titanic and died. Those were masculine men.”

The influencer added that “overly emotional men are dangerous” and that teaching a man to act on their feelings produces school shooters and rapists.

Proclaiming himself “monumentally influential”, he told Morgan that he grew up with these views and got them from his family.

Census: One in 10 households contain people of two or more ethnicities

Harry May considered the monarch’s visit to a ‘poor area’ to be ‘in bad taste’, according to the prosecutor Evening Standard Luton …

The 36-year-old, who was detained in Romania as part of a human trafficking investigation, has a history of controversial online commentary. Evening Standard Luton …

“Insomnia Luton “is Luton’s biggest 16+ events with many surprises on the night and brought by some of the country’s best promoters….