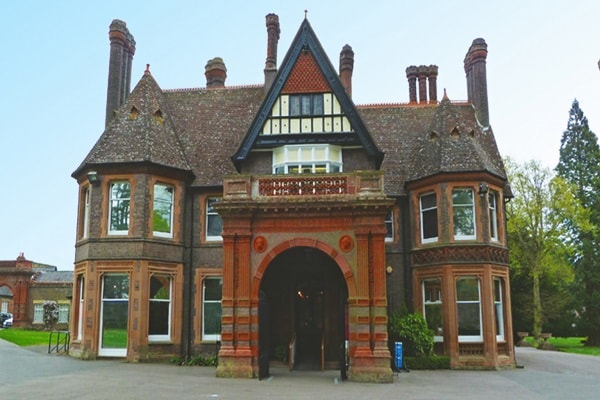 Wardown Park Museum, formerly the Luton Museum and Art Gallery in Luton, is housed in a large Victorian mansion in Wardown Park on the outskirts of the town centre. The museum collection focuses on the traditional crafts of Bedfordshire, notably lace-making and hat-making. There are samples of Bedfordshire lace from as early as the 17th century. The Women's Hat Industry collection features over 600 hats in an extensive collection (the hats are in storage and can be viewed by prior arrangements with the museum). There are also extensive displays of decorative arts, including Saxon jewellery. There are also exhibits of costumes, straw-plaiting, fine arts, and several Victorian room settings, as well as medieval guild books. The first floor galleries were refurbished and opened as the Luton Life displays in February 2003. This was partly funded by the Heritage Lottery Fund. The museum displays explore stories of Luton people over the past 150 years. The galleries contain several listening posts where visitors are able to listen to local people telling their stories and describing key events. Additionally there are also several interactive displays as well as computer screens with historic photographs of Luton.