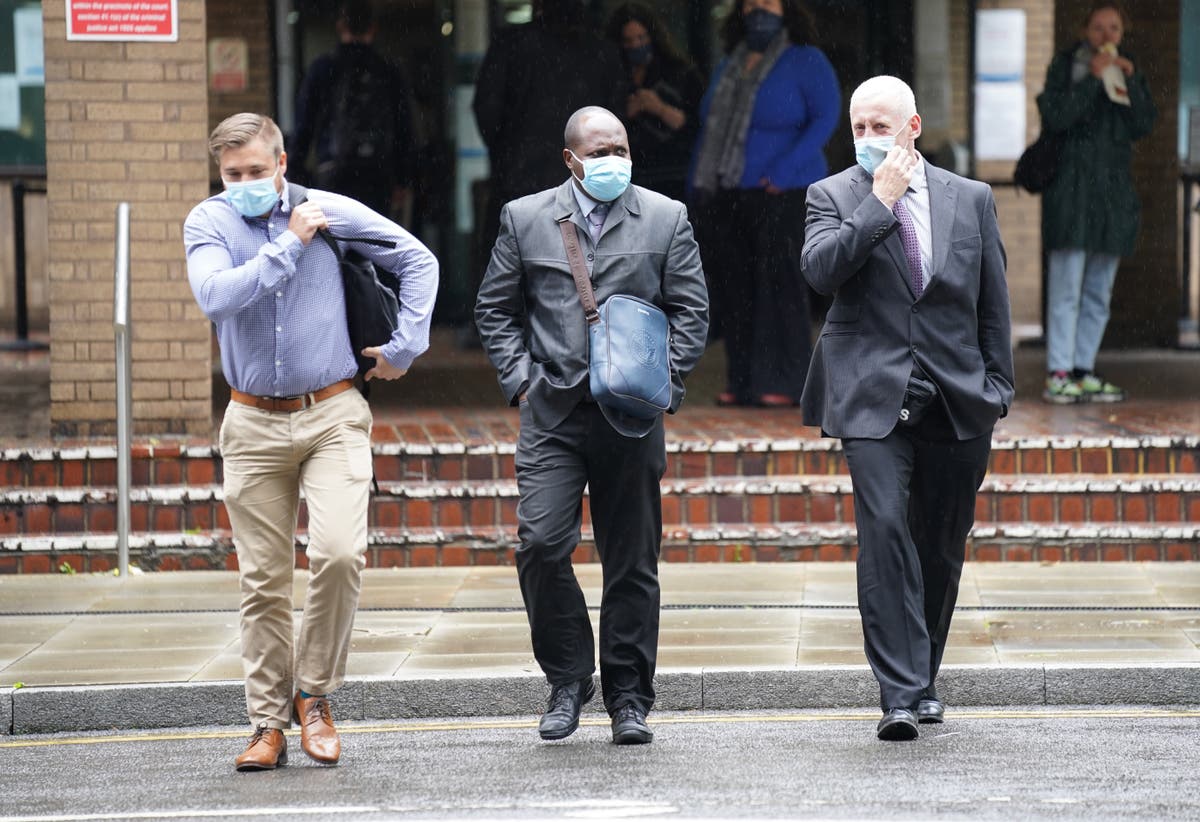 police officer accused of assaulting a missing woman while conducting a welfare check has denied the allegation, saying: “If I had turned my body-worn camera on, I would not be here now.”

Rudvelle Walters, 48, said it was the woman who was being “friendly, jovial” towards him, and that he had not done anything wrong.

He denies one count of sexual assault, after the complainant – a Polish woman in her 20s, who cannot be identified for legal reasons – said Walters put his hand into her underwear after earlier saying he would only leave her hotel room if her friend, who was also present, gave him a kiss.

He had been called to her room at the Best Western in Wembley north-west London in February 2019 after she was reported missing by her husband following an argument.

Giving evidence in his trial at Southwark Crown Court Walters said he had not touched the complainant during the 20-minute welfare check, at which he said she was “being difficult” and not answering his questions.

He said: “I did not touch her in any way, she touched me.

“She tried to give me a high five. But I didn’t touch her.”

Defence counsel Richard Morris said: “It is alleged you put your hand into her underwear.”

Walters replied: “Not at all, that did not happen at all.”

Walters said the woman seized his phone and called her telephone number from it, and then added her as a friend on Facebook.

He said any subsequent message sent to her from his account was sent in error, due to his “fat fingers” pressing the “send” button instead of deleting the prompt.

Prosecutor Abigail Husbands accused Walters of changing details in his various accounts of that night.

She said: “Mr Walters, when you went into that hotel room, you were faced with a very attractive woman with not many clothes on.”

Walters replied: “I didn’t look at their appearance, it wasn’t of any interest to me.”

Ms Husbands said: “You knew nobody could see what you were doing in that bedroom because you had your (police body-worn) camera off.”

Walters replied: “I forgot to put my camera on.

“And if I had my camera on, I wouldn’t be here now, because it would show what I was accused of was not true.”

Walters, of Hazelwood Close in Luton denies the single charge against him.

The trial, and Walters’ cross-examination, continues on Thursday.