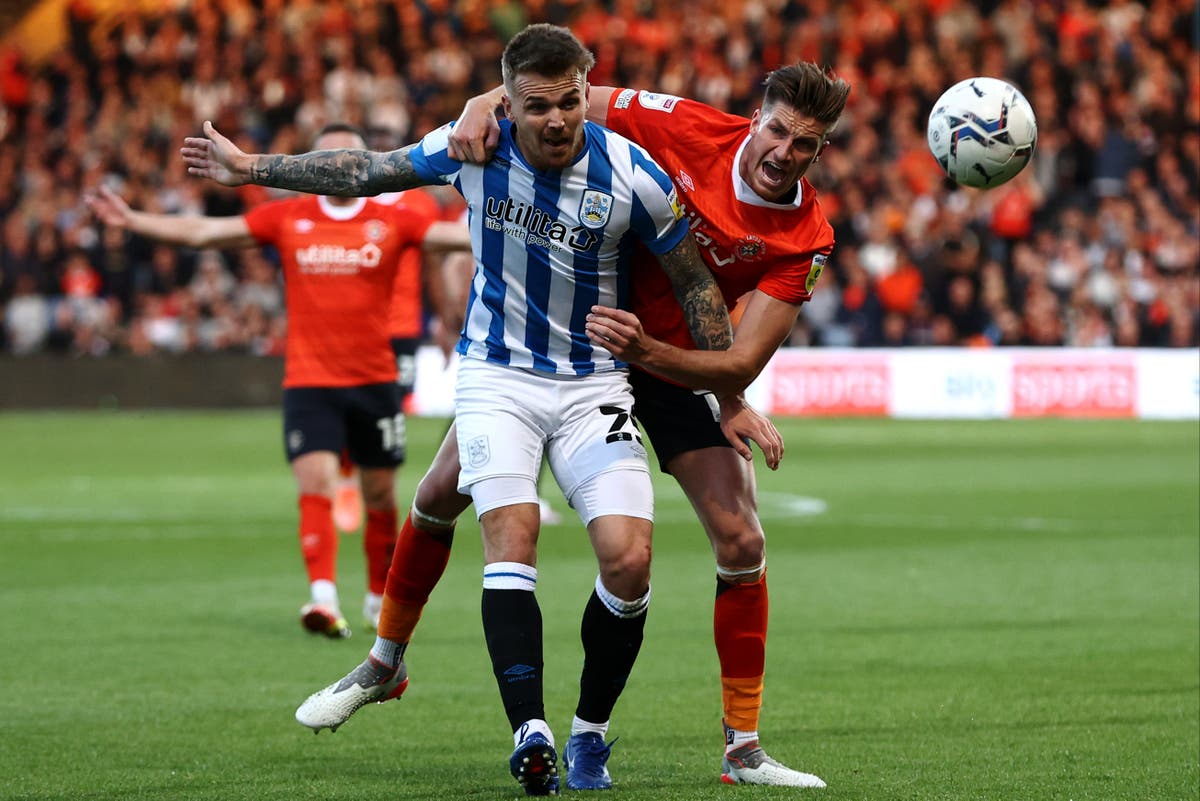 onny Bradley drew Luton level after Danel Sinani opened the scoring for Huddersfield Town in the first-leg of their Championship play-off semi-final.

The Terriers, who went into the game having finished third in the table during the regular season, almost had a penalty inside the opening 30 seconds, Harry Toffolo pushed in the box by wing-back James Bree, but referee Rob Jones gave nothing.

Bree then almost scored at the other end, his fierce drive touched over the bar by visiting keeper Lee Nicholls after he was fed by Jordan Clark.

Huddersfield had the opening goal of the contest on 12 minutes, though, when Luton defender Kal Naismith slipped and Toffolo was able to find Danel Sinani who motored away on the right, going on to drill past Matt Ingram at his near post.

Danny Ward was then denied by an excellent Sonny Bradley block as the visitors looked to add a second.

Luton managed to restore parity on the half-hour when a superb free-kick from the left was sent in by Naismith and met on the volley by captain Sonny Bradley, beating Lee Nicholls who got a hand to it but could not keep it out.

Cameron Jerome had huge shouts for a penalty turned down when he was dragged over by Naby Sarr in the box. Jerome then went for goal from 25 yards, not missing the top corner by much.

Luton’s on-loan Hull stopper Ingram had to use his body to shovel away Ward’s header from a Sinani cross, while Clark almost made it 2-1 to the hosts when picked out by Jerome’s pinpoint pass but his shot was charged down by the well positioned Sarr.

In the second period, the game finally became more of a tense affair, home midfielder Clark’s ambitious volley from 25 yards flying well over the top with an hour gone.

Chances were at a premium as both sides’ attentions started to turn to the second leg on Monday, although Luton were thankful for centre-half Reece Burke as he got back well to prevent Lewis O’Brien converting a good chance created by the dangerous Duane Holmes’ incisive run.

Clark again tried to put Luton in front for the first time, wrapping his foot around another hopeful effort from range, but it did not test Nicholls.

Naismith was almost the provider once more with five minutes to go, a deep cross met by the head of sub Tom Lockyer who got too much on it.

With time running out, the Terriers’ half-time sub Pipa might have sent his side home with the advantage. His drive cannoned off two defenders but, fortunately for the Hatters, rebounded behind as the two teams will do battle once more for a place at Wembley in three days’ time.