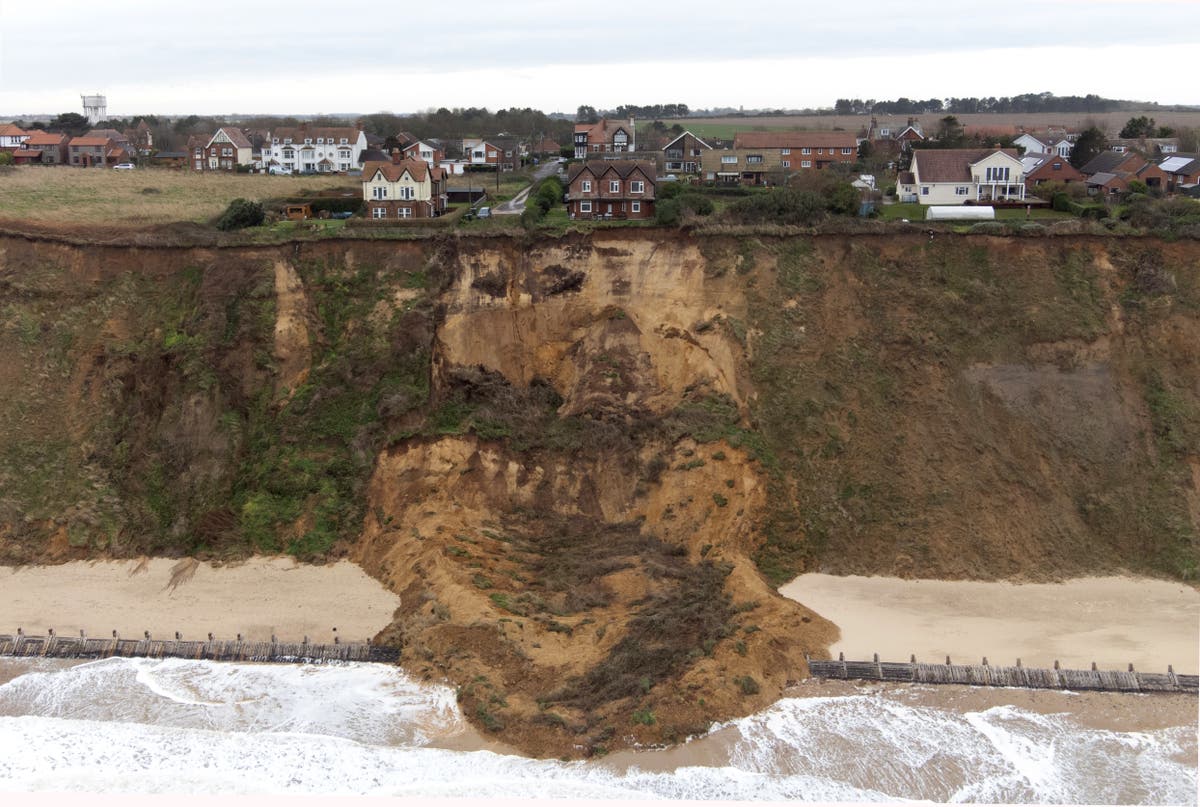 man has said he is scared and wants to move after a section of cliff the width of a football pitch collapsed on to the beach just yards from his seaside home.

The landslide at Mundesley in Norfolk happened overnight on Wednesday after rainfall made the 130ft-high (40-metre) cliff unstable.

The Maritime and Coastguard Agency said nobody was in danger.

Antony Lloyd, who rents a room in a house by the cliff edge, said: “I want to move.”

The 31-year-old added that he was “already scared out of my mind” after there was a cliff collapse by a caravan park in nearby Trimingham in January last year.

“I feel nervous and anxious now,” he said.

“I want to find another place to live.”

Retired council communications manager Lynne Hammond, who lives in a house by the collapsed section of cliff, said she had “always expected something to happen”.

“I think worrying now is a bit counterproductive to be honest.”

She said she bought the house for £122,000 at an auction nine years ago as a cash buyer, moving from Luton to be closer to family.

“We’d have never bought a house like this otherwise so we were willing to take a chance,” she said.

“We figured it would last as long as we do and we told the kids we probably won’t be able to pass this house on to you.

“This is the first instance of anything happening in all those years.”

She said that if her home had to be abandoned she would site a mobile home further inland within her plot.

Bev Reynolds, who is a member of a local group that campaigns to protect the set of steps from the clifftop to the beach, said the section of cliff that fell was “at least the width of a football pitch”.

She said that rock armour sea defences are due to be built next year.

HM Coastguard Bacton said on Facebook that the cliffs were “unstable due to the recent rain”, describing the cliff fall in Mundesley as “substantial”.

The Maritime and Coastguard Agency said it was “not believed that anybody living close to the location is in danger”.

A spokesman added: “The UK’s coastline is continually eroding, with pieces falling from cliffs that can be just a few small rocks or falls of hundreds of tons, including rocks the size of a car.

“It’s impossible to predict when the next piece might fall or how big it will be.”

They advised that, when standing or walking at the bottom of a cliff, people should not stand less than the height of the cliff away.